On June 13, the Polish American Congress was represented at The Zbigniew Brzezinski Prize Dialogue organized by The Brzezinski Institute on Geostrategy at the Center for Strategic & International Studies (CSIS). The prize is awarded on a bipartisan basis and honors the legacy of Dr. Brzezinski by recognizing and promoting the importance of geostrategic thinking with a transcending moral purpose. Previous winners include former U.S. Secretary of Defense Robert Gates and former Vice President of the U.S. Joe Biden. This year a unanimous decision was made to award this prize to former Secretary of the Navy and US Senator, John Warner.

John Warner did not wish to deliver a speech, however, agreed to engage in a dialogue with John Hamre, President and CEO of CSIS since January 2000. Warner’s perfect fit for the prize was prominently discussed, with his experience in all three branches of government giving him unique insight, first as an assistant US attorney for the District of Columbia, later as Secretary of the US Navy, and finally as the second longest serving US Senator from Virginia in the 230 year history of the Senate. Throughout his career and as senior negotiator and signatory for the US to the Incidents at Sea Agreement with the Soviet Union, Warner showcased a true example of “strategic thinking with transcending moral purpose”.

Among the numerous anecdotes shared and opinions offered, the former Senator made sure to highlight the importance of NATO, believing it should be protected rather than reacted against. He referred to himself as “in the favorable column” in regards to support of the Constitution, however, recognized the challenges constitutional balance is met with today. In remembering the legacy of Zbigniew Brzezinski, Warner advised for the Brzezinski family to compile his strategies into an accessible guide, so that as leaders of the free world, we can further emulate his moral values in our decision making and negotiations. 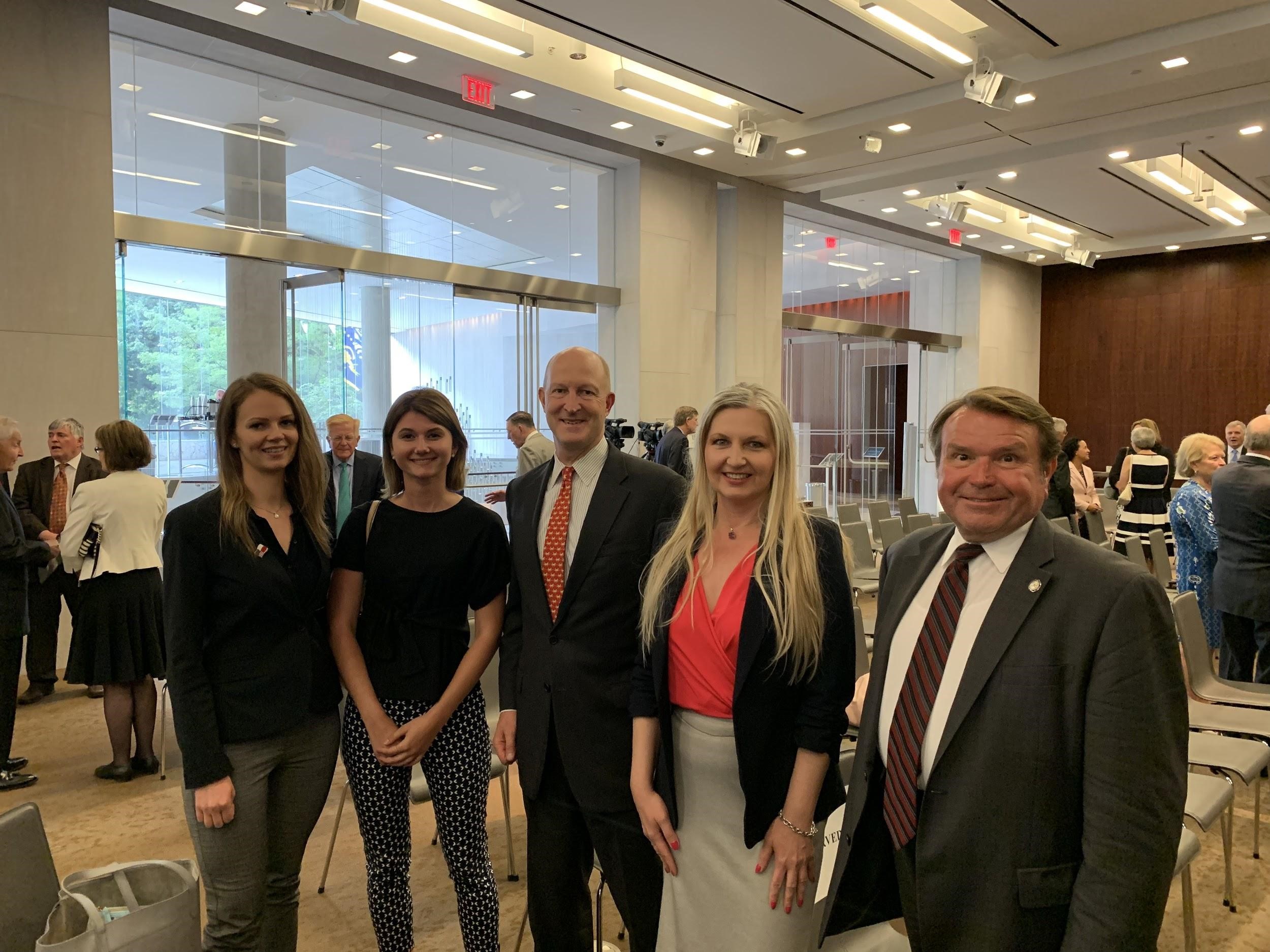