HomeAsk your Senator to co-sponsor S.Res. 566All standardsLatest PressThe Twentieth Anniversary of Poland’s...

The Twentieth Anniversary of Poland’s Accession to NATO

The Polish American Congress steadfastly worked for Poland’s accession to NATO during almost all of the two terms (January 1993-January 2001) President William Jefferson Clinton served as president of the United States.  His Deputy Secretary of State, Strobe Talbott, w 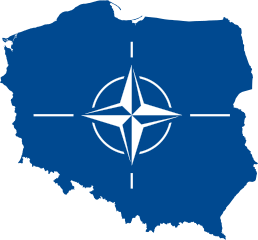 ho served from February 1994 to January 2001, was strongly influenced by the dean of United States foreign policy makers, Professor George F. Kennan, and vigorously opposed the enlargement of NATO to include: Poland, Hungary, and the Czech Republic.

Senator Kay Bailey Hutchison (Republican, Texas), who today serves as the United States Permanent Representative to NATO, a post of ambassadorial rank to which she was appointed by President Trump, opposed the accession of Poland to NATO in the 1990s and continues to be skeptical.  Then Senator Hutchison led opposition in the Senate to NATO.  The Polish American Congress’s Texas Division vigorously challenged Senator Hutchison’s isolationism/fortress America foreign policy preferences, which continue to have the support of numerous members of Congress, both Republicans and Democrats, who represent constituencies in America’s heartland.

The top near term priority of the Polish American Congress is to move the Three Seas Initiative from rhetoric to reality.  The goal of this initiative is to do for Eastern Europe what already was achieved for Western Europe in the 1950s:  the integration of the economies of France, Germany, Italy, and the Benelux Countries.

On July 6, 2017 President Donald J. Trump, at the opening of the Three Seas Conference in Warsaw, delivered the best speech by any leader on the truth about the heroic and honorable role of Poland and the Poles during World War II.  President Trump warned that war never again must break-out in the Intermarium.  The best way to ensure peace is through the Three Seas Initiative.

The economies of the Intermarium countries need to be linked with each other from north-to-south to prevent German and Russian domination of this region.  The top priority is to make the countries of the Intermarium energy independent by freeing them from dependence on Russian natural gas.  This project will not succeed without the help of the European Union’s western European members and the United States.  For example, Poland is working toward energy independence by buying liquefied natural gas from Texas producers.  This is a win-win proposition for Poland and America.  Polish American entrepreneurs in: renewable energy(wind farms), digital communications, and finance have a key role to play in realizing the goal of a prosperous Intermarium with Poland as its anchor country in the North.  An economic prosperity sphere in the lands between the Baltic, Black, and Adriatic Seas will enhance the security of this region by preventing Germany and Russia from competing to fill a power vacuum in the Intermarium and then going to war against each other to dominate this area to the detriment of its inhabitants.

The best way to prevent a future war in the Intermarium is to prevent a power vacuum from again developing in this area as it did during the 1930s.  A prosperous Intermarium in NATO is the best chance for peace and stability in this important region where both the twentieth century’s wars began.  Power vacuums invite catastrophe.  Americans and Western Europeans must help the people who live in these lands to make the Intermarium prosperous and secure.