Polish American Congress President Frank J. Spula organized a Congressional Briefing:  Poland’s Painful Past and Promising Future.  The briefing took place in Room 121 Cannon House Office Building from 4 p.m. to 5:30 p.m. on 20 May 2019.  With all seats in the Briefing Room occupied, there was only standing room for the unexpectedly large number of Metro Washington Polish American participants, many of whom served in government.

The content of the Congressional Briefing:  Poland’s Painful Past and Promising Future was prepared by the National Office of the Polish American Congress in Washington, DC.  The Washington Office sent invitations to members of Congress.

The offices of the following members of the House of Representatives were present at the Briefing:

All seats in the Briefing Room were filled.  The Congressional Briefing was a success.  There was no time for questions and answers after briefings by: Professor Marek Jan Chodakiewicz, first incumbent and present holder of the Kosciuszko Chair in Polish Studies at the Institute of World Politics (IWP) in Washington, DC, Mrs. Ann Bankowski, president of the Michigan Division of the Polish American Congress, and Mr. Ian Brzezinski, Senior Resident fellow at the Atlantic Council. 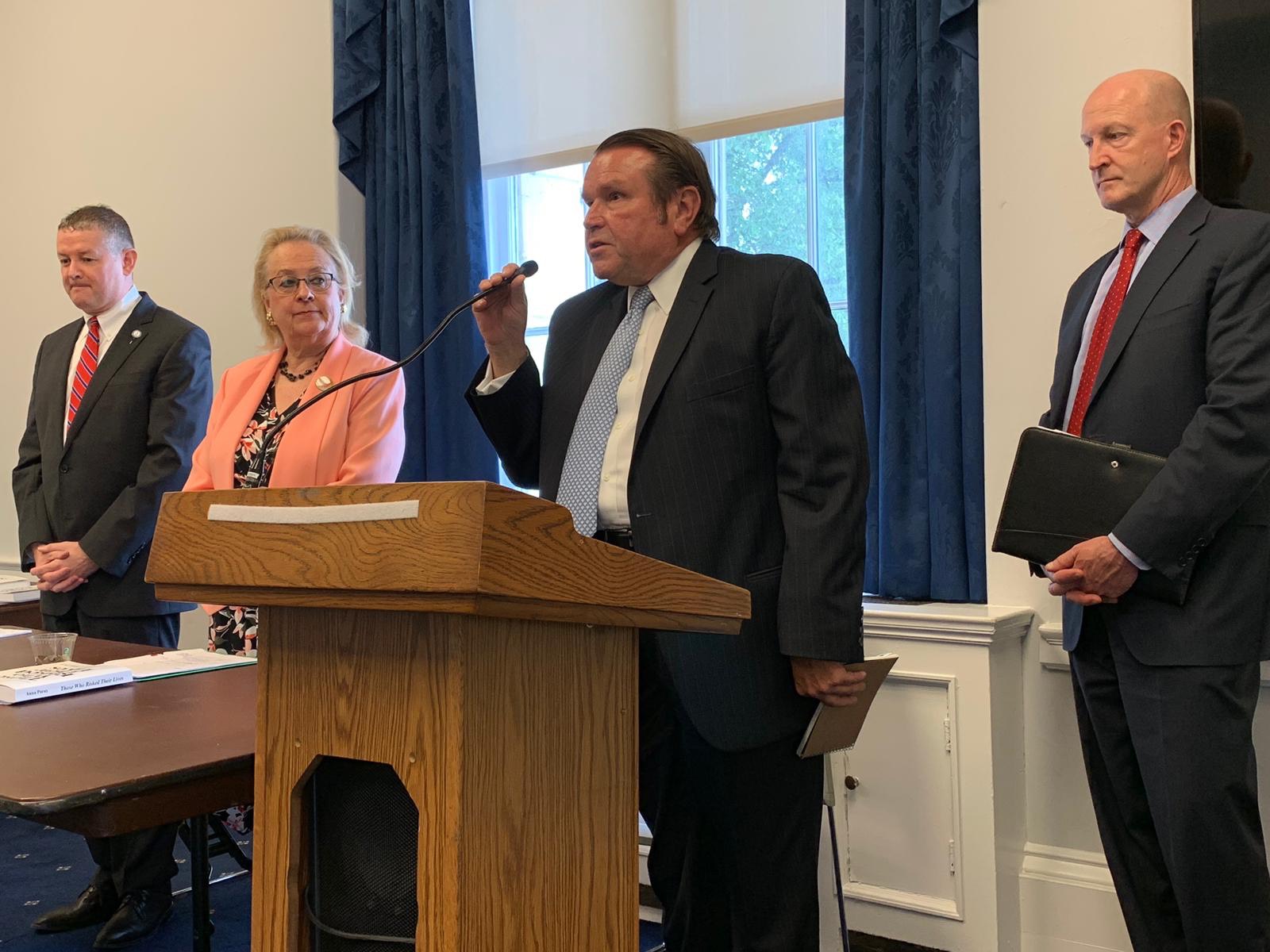 Professor Chodakiewicz delivered a masterly tour d’ horizon of Poland’s history from early times to the present, which included the following observations. The tendentious distortion of Polish history perpetrated by the imperial powers that partitioned Poland at the end of the eighteenth century continues in the present. Today, influential publicists and academics compound the errors of the past with new falsehoods.  This is why the mission of the Kosciuszko Chair at IWP includes correcting the prevailing false narrative of Poland’s history.  The accurate and fair-minded understanding of Poland’s past, with its five-centuries as a multi-ethnic and pluri-religious republic with, for early modern times, a broad base of enfranchised citizens, approximately 10% of the population, shapes in the present the Polish idea of freedom.  The Polish Res Publica was the first sustained modern experiment in republican government since the collapse of the ancient Roman Republic. Well before Western European countries, the Polish Res Publica, or the Polish-Lithuanian-Ruthenian Commonwealth, enacted habeas corpus, property rights for women, religious liberty, and political freedom.  Only after the democratic reforms of the 1830s in England and the United States were political freedoms as broadly based as they were in Poland.  This is why the imperialist autocracies of Russia, Prussia, and Austria collaborated to end Poland’s independence at the end of the 18th century.  These autocrats feared their subjects would demand the freedoms possessed by Poles.  poland remains an important country today because of its strategic position in Europe, its role in the defense of Western civilisation,and its affinities and alliance with NATO and the United States.  Professor Chodakiewicz states that the basis of this affinity of Americans with Poles is a steadfast commitment to freedom. For those who value truth and honor, it is painful to read the willful and self-serving distortions of  pundits and academics who degrade Poland’s proud and honorable past.

The President of the Michigan Division of the Polish American Congress, Mrs. Ann Bankowski introduced Anna Poray’s book, Those Who Risked Their Lives.  Mrs. Bankowski told the stories of Polish people who assisted Jewish neighbors and observed that Nazi German occupied Poland was the only place where those assisting Jews to avoid persecution were subject to execution.  This explains the title of Poray’s book; those Poles who assisted Jews did so at the risk of their own lives.  President Bankowski, Vice-President Barbara Lemecha and other members of the Michigan Division prepared the index of Those Who Risked Their Lives.  Congressional staffers at the Briefing received a copy of this book that belongs in municipal and college libraries.

Mr. Ian Brzezinski delivered a briefing on Poland’s promising future through the THREE SEAS INITIATIVE. Croatia and Poland launched this initiative in 2015 for the purpose of integrating, on a north-to-south axis, the economies of the countries bordering the Baltic, Black, and Adriatic Seas. Brzezinski explained that the goal is to complete the project of making Europe whole, prosperous and free and by doing for East Central Europe what Western Europe already achieved in the 1950s.  Improvements in infrastructure, transportation, especially better north-to-south roads, and telecommunications are at the heart of this initiative.  Moreover, the THREE SEAS AREA needs to be energy independent, which means that it can no longer rely on the Kremlin’s natural gas which carries a heavy political price.  The economic infrastructure in this part of the former Soviet space was deliberately neglected to make this zone dependent on the Kremlin.  A prosperous THREE SEAS AREA will benefit American business; Poland already is a top customer of liquefied natural gas produced in Texas.  President Donald Trump’s administration strongly supports the Three Seas Initiative.  Readers recall President Trump’s pro-Polish speech at the opening of the July 2017 THREE SEAS SUMMIT in Warsaw.  It was good to see so many Democrat members of Congress at the Briefing because the THREE SEAS INITIATIVE is a win-win opportunity and well merits bi-partisan support.