At 70, is the Alliance Ready to Extend Membership into its Ranks?

With the first round of presidential elections set for March 31 in Ukraine, a three person race (out of a pool of 42 contenders) is predicted by analysts to provide a realistic outcome for Ukrainian politics over the next five years. The contenders: the corrupt, pro-western incumbent Petro Poroshenko; the uncertain former prime minister Yulia Tymoshenko; and Volodymyr Zelensky – a young comedian with no political experience.

A key question to tackle from the pool of presidential candidates is why so few support NATO and European Union integration. One reason for not including the aspect of membership into these western bodies in their platforms stems from candidates desires to politically distance themselves from the incumbent Poroshenko.

Of all the candidates, and especially out of the top three contenders, Poroshenko is the most vociferous when it comes to supporting NATO and EU membership for Ukraine in the future. His election program states: “Our aim is membership of the EU and NATO. Only full and equal membership of the European Union and North Atlantic Treaty Organization finally, definitively, and irrevocably guarantees our Ukrainian state independence and our Ukrainian national security.” If re-elected, Poroshenko promises to see to Ukraine gaining a NATO Membership Action Plan (MAP) by 2023, a matter he intends to touch on at the upcoming NATO summit in London in December 2019.

Steps have already been taken toward Ukrainian membership into NATO and the EU. On February 7, the Verkhovna Rada – Ukraine’s parliament – adopted a law amending the nation’s constitution concerning the country’s steps toward gaining full membership in both western institutions. Initiated by Poroshenko, the amendment was supported by 334 lawmakers (out of 385 parliamentarians registered to vote that day) and signed into law by the president on February 19 who called NATO and EU membership his “strategic mission.”

The law amended several articles by defining Ukrainian state’s strategic course as obtaining full membership in both NATO and the EU. The president, parliament and council of ministers are obliged to pursuing, implementing and achieving this western-oriented course.

In Poroshenko’s eyes, NATO membership for Ukraine provides serious benefits. Being an alliance member would mean a decrease in Ukrainian defense spending. According to the president, 6 percent of the nation’s GDP is assigned to the defense and security sector to curtail Kremlin aggression. Using Ukraine’s 2017 GDP of $112.15 billion as an example, this means about $6.7 billion is spent on defense. As a NATO member obliged to contribute only 2 percent of GDP to defense, Ukraine would, according to Poroshenko, contribute $2.2 billion to military spending while allocating the remaining $4.5 billion to what he termed “socio-economic development.”

A subsequent, equally important reason Poroshenko is seeking swift NATO membership is to prevent further Ukrainians from dying in the eastern conflict zone.

It is no surprise that the Kremlin views any idea of NATO expansion as a direct threat to its borders. Vladimir Putin described closer Ukraine-NATO ties as an “irresponsible policy” which could entail “unspecified consequences” for the Alliance. Belarusian president – and Kremlin sympathizer – Aleksander Lukashenko also expressed his negative attitude toward any idea of NATO military or defense installations on Ukrainian territory. Viktor Medvedchuk, Ukrainian presidential candidate and close Putin associate, claimed the NATO membership question will cause a social rift as, in his opinion, about one-third of Ukrainians are against joining NATO.

In a recent piece by Janusz Bugajski, senior fellow and expert analyst at the Center for European Policy Analysis, the longstanding narrative of NATO threatening Russia is simply rhetoric which disguises Kremlin purposes of imperial revisionism. In Bugajski’s opinion, any accusations of NATO expansion equating to a Kremlin provocation indicates their real fear –neutralization of persistent Kremlin intimidation of its neighbors by adequately equipped and efficiently deployed Alliance forces. As he argues, “Former Soviet satellites made strenuous efforts to join the Alliance to protect their independence. NATO has no ambitions to forcefully expand its borders and Russia’s cohesion is not under threat from NATO enlargement.”

The greatest criticism and debate toward Ukraine joining NATO will undoubtedly come from Alliance members. Some, like US Congressman and Chairman of the House Foreign Affairs Committee Eliot Engel announced “firm support” for Ukraine’s accession to NATO. NATO general secretary Jens Stoltenberg has also stated that Ukraine and the Alliance already have all the tools necessary for an effective partnership and respects Ukrainian aspirations to join the Alliance.

However, given the state of war in eastern Ukraine, members may be weary of extending all NATO benefits, including the coveted Article 5 commitment, to Ukraine. This was a key issue raised when NATO members were considering whether or not to accept post-Soviet Central East European states into its ranks. Then, no state of war ravaged the territory of any of those would-be members. Some members may see NATO membership for Ukraine as a means by Poroshenko for direct western involvement on the side of Ukraine in the conflict with the Kremlin. The question among NATO members when considering Ukrainian membership will be whether or not they will be prepared to commit to Ukrainian defense and to a direct conflict with the Kremlin.

To date Ukraine has benefited from various partnerships and collaboration with NATO partners and members. Soldiers are part of the multinational Lithuanian-Polish-Ukrainian brigade (LITPOLUKRBRIG) stationed in Lublin, Poland. Ukrainian troops also participated in NATO’s 2018 Rapid Trident maneuvers which were conducted on western Ukrainian territory. The Ukrainian military has also received much-needed material from NATO members to supply and modernize troops in the face of ongoing Kremlin threats. NATO naval vessels (Canadian, Spanish, and French) are even planning to cruise the Black Sea during the presidential elections and vote counting; a visible deterrent to possible Kremlin meddling.

The question of further NATO expansion is valid and pertinent to the current developing geopolitical situation in Europe and the world. Strengthening the Alliance, one which survived as a deterrent over the past 70 years, will only firm up resistance toward future acts of Kremlin revisionism. How long will Ukraine have to wait and reform itself to meet the demands of joining this elite alliance and to what extent will the Kremlin go to prevent this step toward western integration are to be seen.

Do you want to know more about this issue or explore further? Are you interested in funding PAC’s advocacy effort? Join the cause with PAC by clicking 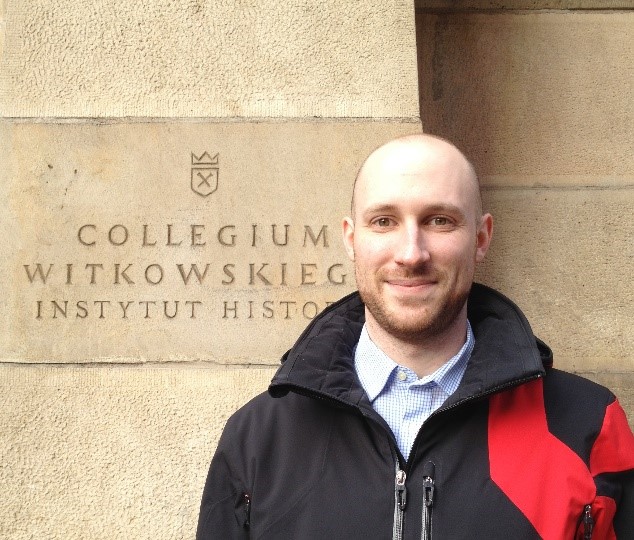 Paweł Markiewicz specializes in 20th century East-Central European history. He earned his Ph.D. in modern European history at Jagiellonian University in Cracow, Poland. He comments on historical and modern events in that region.