Benefits of the Three Seas Initiative

How can the Three Seas Initiative (3SI) positively impact Poland, the United States, and other 3SI member nations?

The most recent Three Seas Initiative (3SI) Summit was held June 5-6, 2019, hosted by the President of the Republic of Slovenia, H.E. Mr Borut Pahor. Launched in 2015 by Croatian President Kolinda Grabar-Kitarovic and Polish President Andrzej Duda, 3SI is an endeavor which seeks to connect and bring together member nations in economic and infrastructure goals. Member nations of the Three Seas Initiative are Austria, Bulgaria, the Czech Republic, Estonia, Croatia, Hungary, Latvia, Lithuania, Poland, Romania, Slovakia, and Slovenia. Previous locations of Summits include Dubrovnik in 2016, Warsaw in 2017, and Bucharest in 2018. Through the Three Seas Initiative and its Summits, member nations seek to improve their economies and infrastructure, with an ultimate goal of achieving peace and prosperity throughout Europe. Many of the initiatives enacted through 3SI stand to greatly benefit not only Poland along with other member nations, but also the United States.

United States President Donald J. Trump and the Trump administration have exhibited support for the Three Seas Initiative, and the United States stands to benefit from the Initiative due to their economic presence in the region. One 3SI project from which both Poland and the United States can receive positive impacts from is the “Integration and synchronization of the Baltic States’ electricity system with the European networks.” The project will help in the elimination of the Kremlin’s monopoly on the electricity market through fostering an integration of electricity systems among the Baltic States. By stopping the Kremlin from weaponizing oil and natural gas and having a monopoly over it, Poland’s economy, and the European economy overall, will improve. Projects such as this may give Germany the chance to receive gas not just from the Kremlin, but from other countries. Germany has previously solely relied on the Nord Stream 2 Pipeline, and the Trump administration has been critical of their usage of only the Kremlin’s gas.

Poland and the United States will benefit from the Three Seas Initiative not only in the energy and communications sectors, but also in the transportation and trade sectors as well. The E65 (E66) North-South connection, proposed by the European Union, will positively impact all of the 3SI nations, along with other nations throughout Europe and the world. As the Three Seas Initiative details, “The E65 transport corridor will be a new safe road connection between North and South Europe, integrating the transport systems of the participating countries.” By creating a transport corridor, traveling through 3SI nations will be more direct and efficient for their citizens. Additionally, it will be a simpler process to transport goods and products throughout the 3SI nations, leading to a trade system that has more efficiency. A trade system throughout 3SI nations which features a higher level of efficiency will positively impact not only the 3SI nations, but countries such as the United States. A more efficient trade system in the 12 Three Seas Initiative nations leads to quicker transportation overall of 3SI nations’ valuable goods throughout the world.

Do you want to know more about this issue or explore further? Are you interested in funding PAC’s advocacy effort on the Three Seas Initiative? Join the cause with PAC by clicking 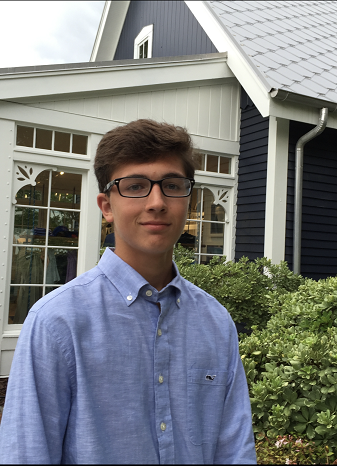 Alexander Tantum is a Policy Intern at the Polish American Congress and an undergraduate student at Villanova University. He is a rising sophomore and in the College of Liberal Arts and Sciences.